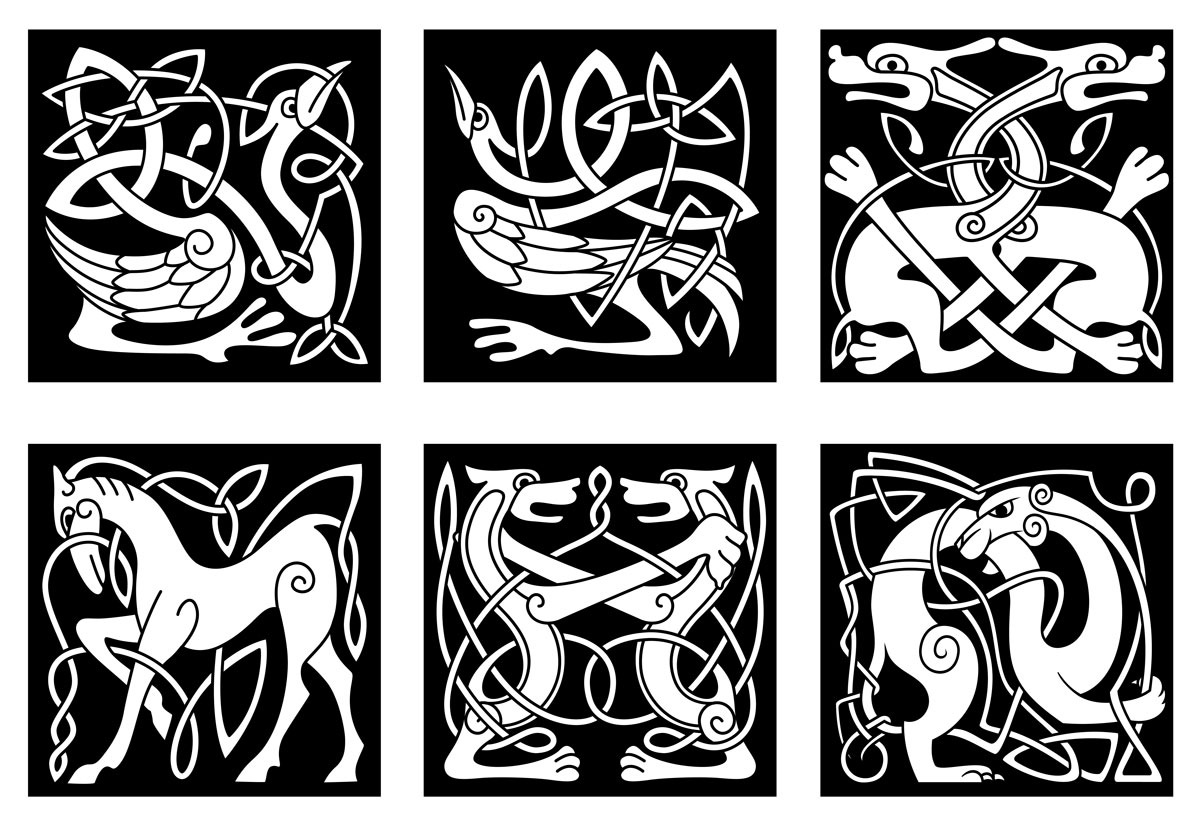 The Triskelion, which resembles a stick figure sprinting forward, derives its name from the Greek term for “three-legged”. Appropriately, it stands for progress, action and competition. The three prongs have acquired various meanings through different periods of history, some of which are Body/Mind/Spirit, Father/Mother/Child, Father/Son/Holy Ghost and Creation/Preservation/Destruction. From these dual components of motion and the various triadic representations, it is surmised that the Triskelion symbolizes moving ahead to reach an understanding of something.

Celtic deities, like those from other ancient cultures, represented a higher power and immortality, yet possessed human characteristics. They were often depicted on tapestry, jewelry and carvings on buildings.

Cernunnos (“Horned One”) sports a stag’s antlers on his head, the animal being a Celtic symbol of sexuality and fertility. Typically, Cernunnos was invoked for a plentiful harvest and on wedding nights. He was a shape-shifter and could assume the forms of a snake or a wolf as well.

Epona was the Earth goddess depicted as seated upon a horse, another fertility symbol. Pregnant women prayed to her for a safe delivery and farmers for a good crop. She also presided over the transitions of seasons.

Taranis the Thunder God was believed to pierce the sky when he’d had too much Celtic mead to drink. Mead being a must-have during weddings and victory celebrations, Taranis was perceived as a jolly and fun-loving deity. When angered however, he smote wrongdoers with lightning bolts. He is depicted on a chariot, the galloping of his horses’ hooves producing the sound of thunder and streaks of lightning in the sky.

The complex and aesthetically appealing Celtic knot has intrigued symbologists for years. It is also referred to as the “endless knot”, since it seems to have no beginning or end. This quality of infinity is reminiscent of the endless cycle of life, death and rebirth. Those who believed it had mystic attributes used it as a charm to ward off sickness or obstacles that blocked the smooth course of life. The knots, in their varied representations, are often used as motifs for jewelry, apparel and items of home décor. In former times, gifts would be decorated with these mystic knots and offered with wishes for good luck or long life. Many knots are associated with folk legends.

The Celts frequently used animal symbols in their clothing, jewelry, carvings and tapestries. Similar to other ancient cultures, Celtic animal symbols had specific human virtues and attributes. In worship, they would invoke the spirit of a particular animal whose qualities they desired to emulate. However, much of the information available on these symbols is conjectural in nature since historical records of Celtic culture are sketchy.

The Bull was deeply revered as a symbol of willpower, virility and wealth. It also stood for obstinacy and an uncompromising nature. As a major food source for the Celts, it represented wealth.

The Cat was believed to be the gatekeeper to the spirit world, a symbolism that originated with the ancient Egyptians and crossed over to Ireland with the Romans. The Celts believed that invoking the cat could gift a person with insight into esoteric truths.

The mythic Griffin, half-lion and half-eagle symbolizes duality, a mix of positive and negative attributes. Its ‘good’ qualities include justice, kindness, strength and nobility – it was frequently seen on ancient tombs, as a protector of the dead. When invoked for selfish causes, the griffin wreaks vengeance and unleashes negative forces like violence and gluttony. Considering its extreme powers, due respect would be offered when invoking the spirit of this magnificent animal. 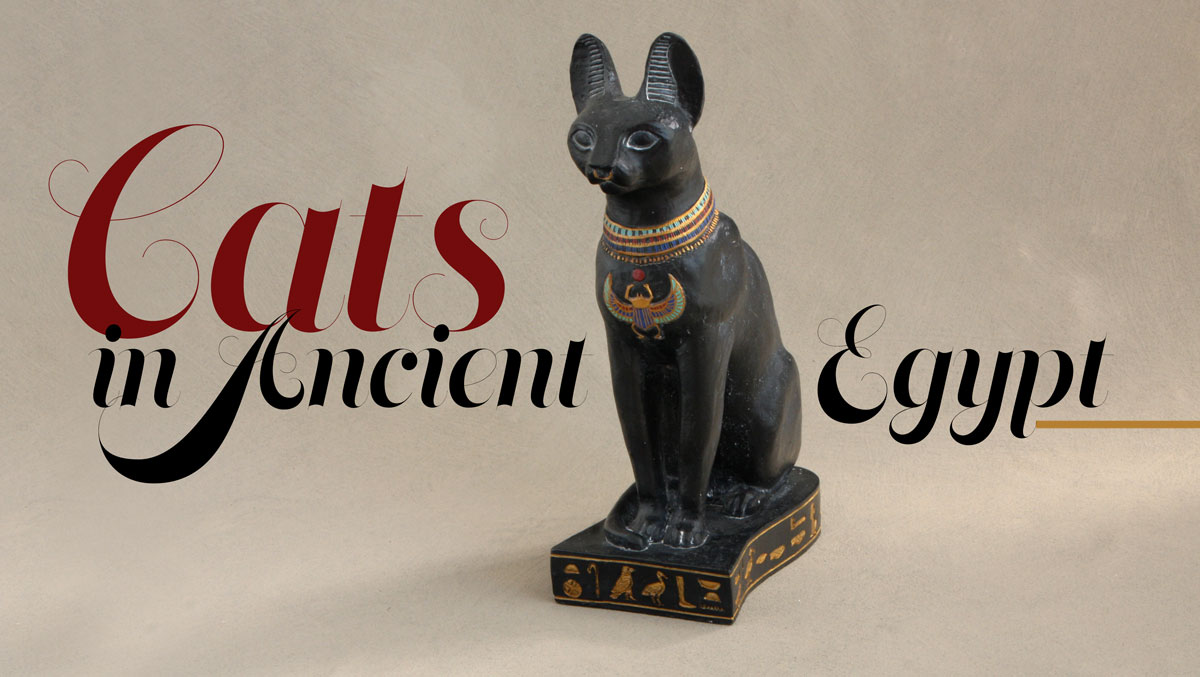 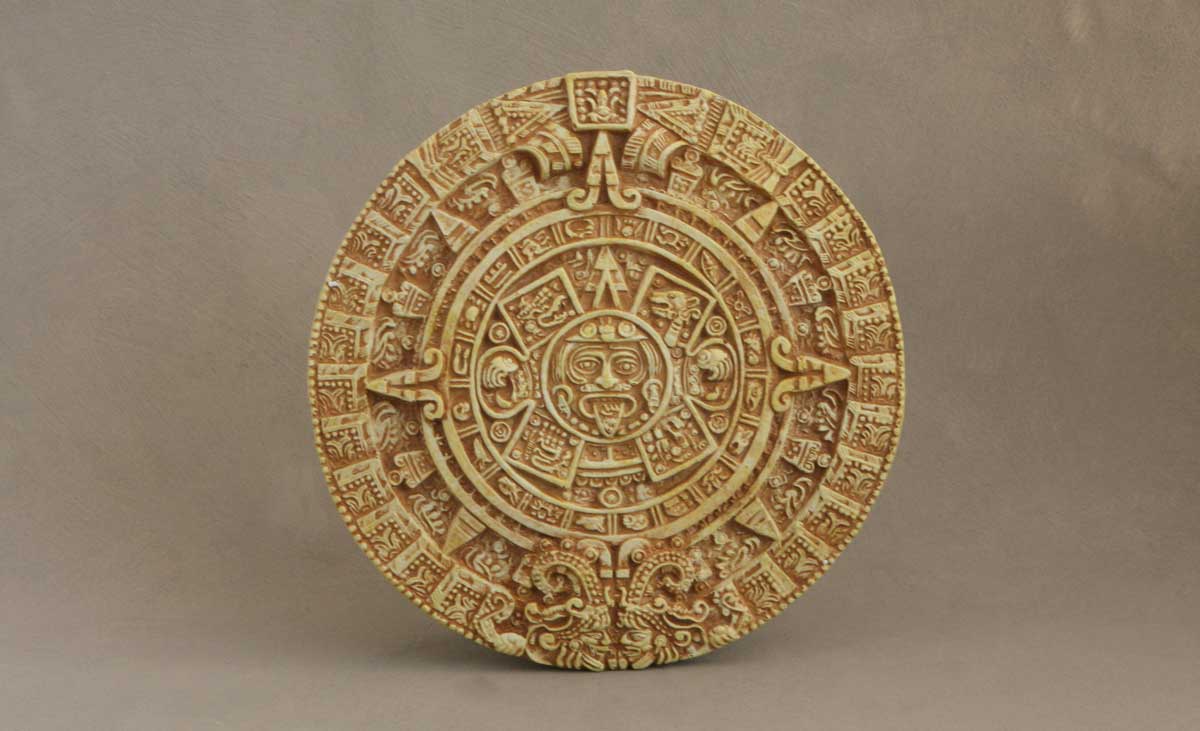