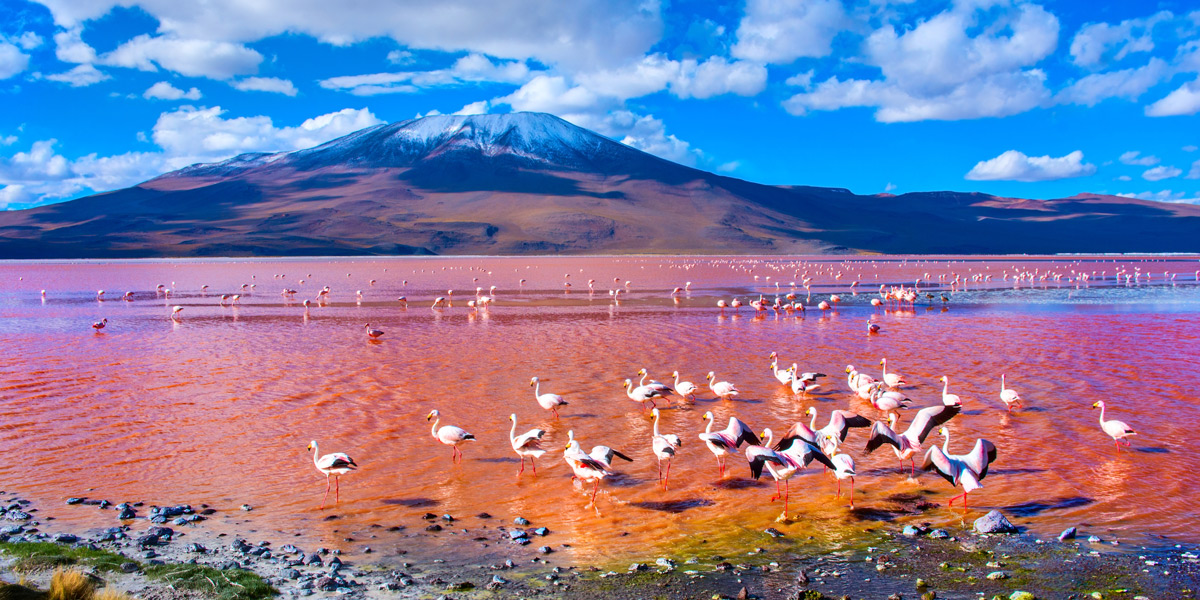 Here on Cultural Elements, we’ve taken you to some of the most colorful neighborhoods around the globe. But some places are so naturally vibrant, they don’t need any man-made enhancements. Check out these amazing landscapes and earthly wonders! 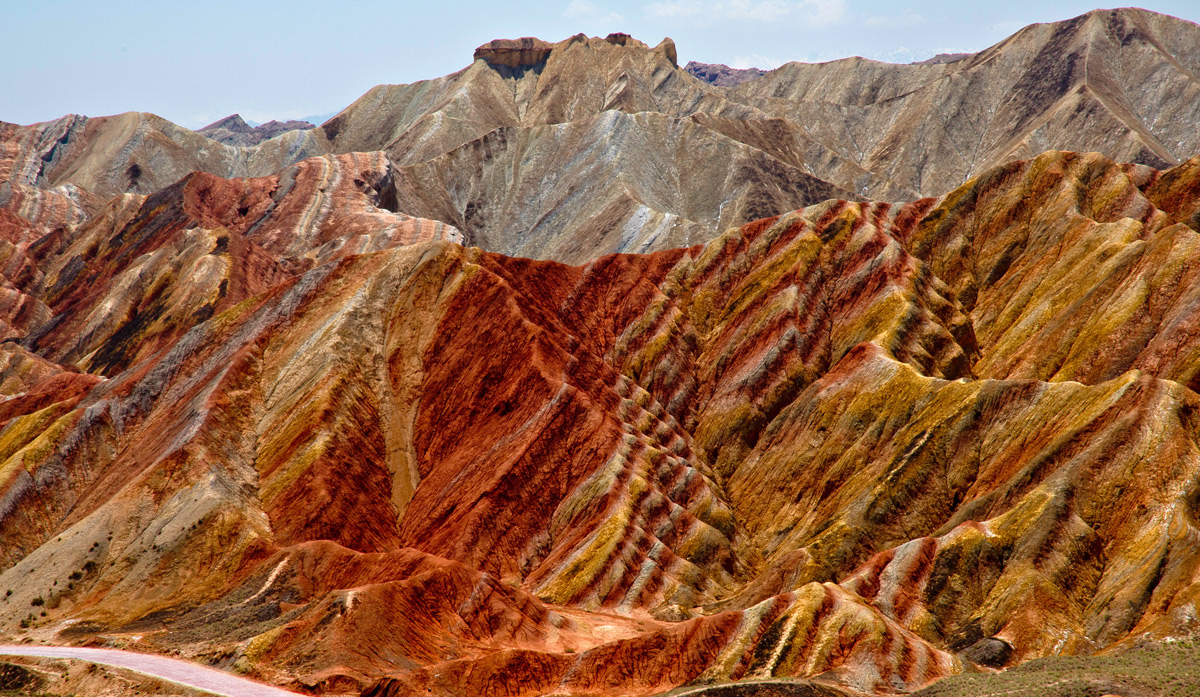 Located in China’s Zhangye Danxia National Park, the Rainbow Mountains look like they’ve literally been painted with a brush. Their unique colors resulted from millions of years of geological formation and tectonic shifts. Locals say that sunset is the best time to take in the view. 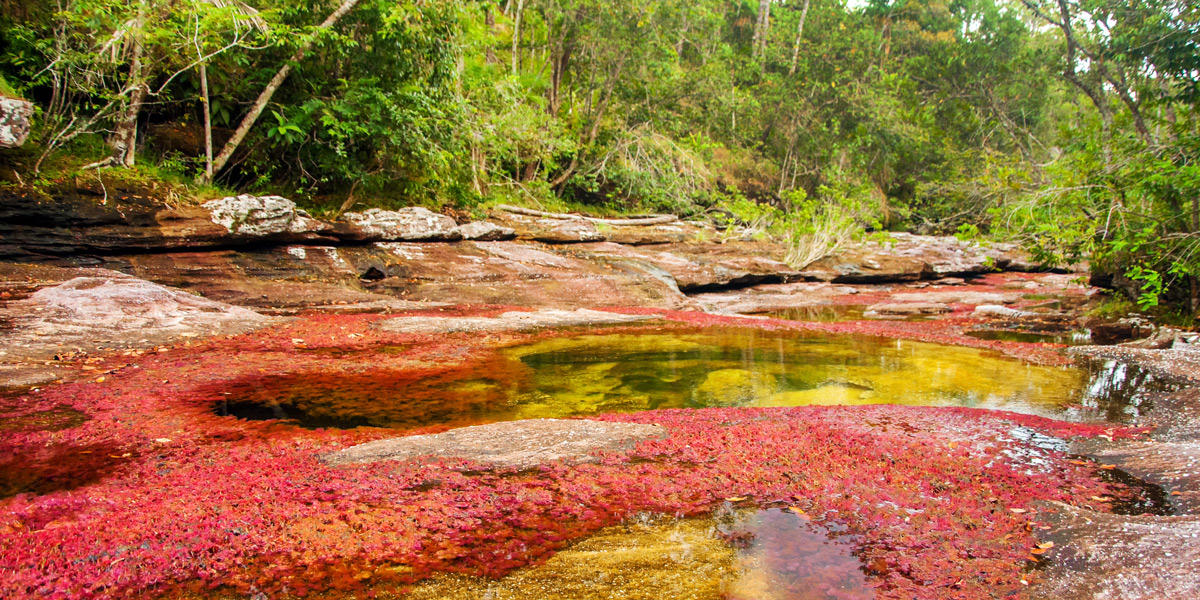 This sweeping river is sometimes referred to as the River of Five Colors. Its hues come from the yellow silt and bright red plants that line the bottom of the river, both of which can be seen through its strikingly clear water. However, take note: most of the year the water runs too fast for you catch a glimpse of its colorful riverbed. The prime time to visit is between September and November. 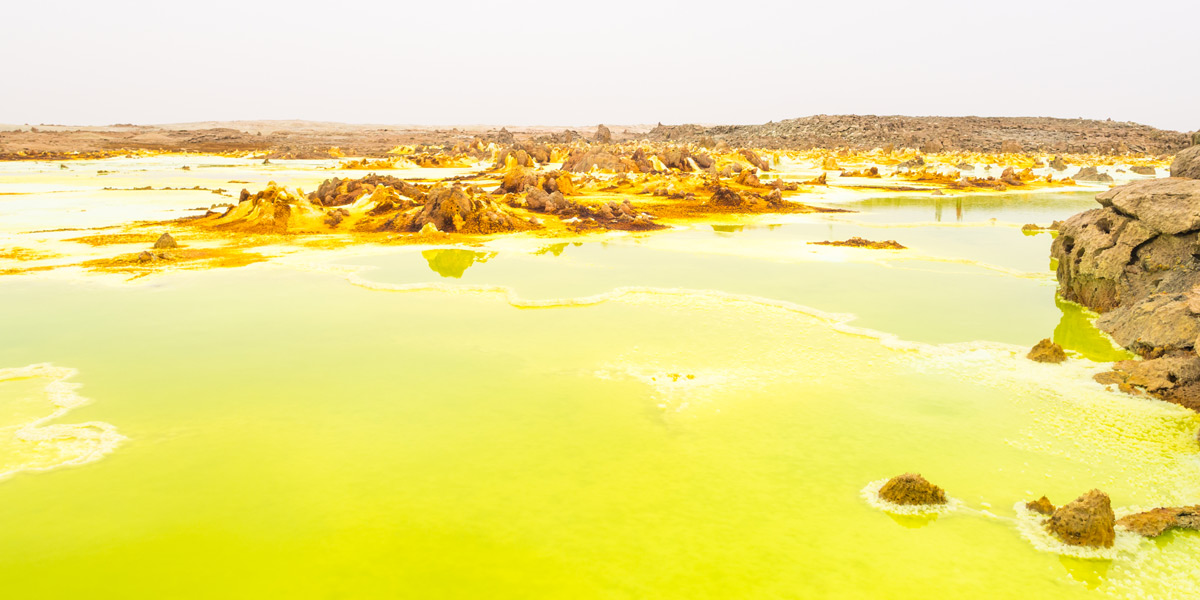 The Danakil Depression is one of the hottest places on earth. Average temperatures range from 94 to 104 degrees Fahrenheit. Filled with volcanoes, lava lakes, salt planes and hypothermal fields, the region’s volcanic activity leaves behind brightly-colored deposits of sulfur. Despite its inhospitable conditions, the local Afar people mine the region for salt. If you want to brave the heat, they also offer tours of the unusual landscape. 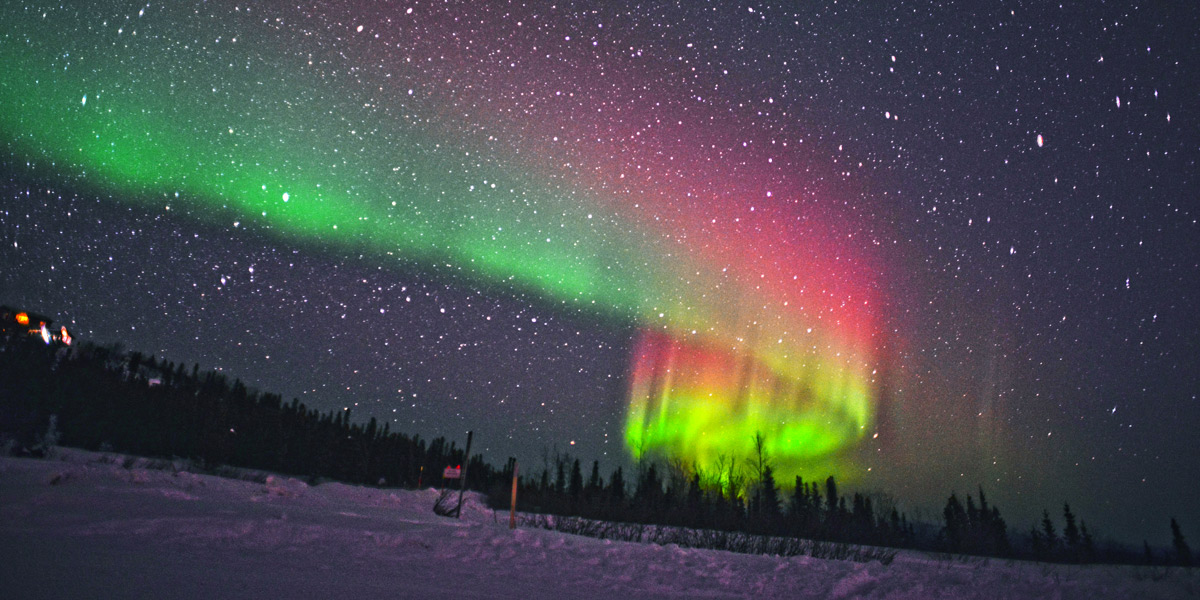 Also known as Aurora Borealis, the Northern Lights create a shimmering display of all different colors. The lights appear when charged particles from the sun interact with Earth’s magnetic field. Thankfully, this phenomenon isn’t isolated to one area. Prime spots for viewing the lights are located in Canada, Iceland, Norway, Finland, Greenland, Sweden, and Alaska.

Laguna Colorada, or “Red Lagoon”, gets its pinkish-red hue from sedimentation and colonies of colored algae that live in the water. Flocks of pink flamingos, who feed on the lake’s plankton, add a little extra pigment! 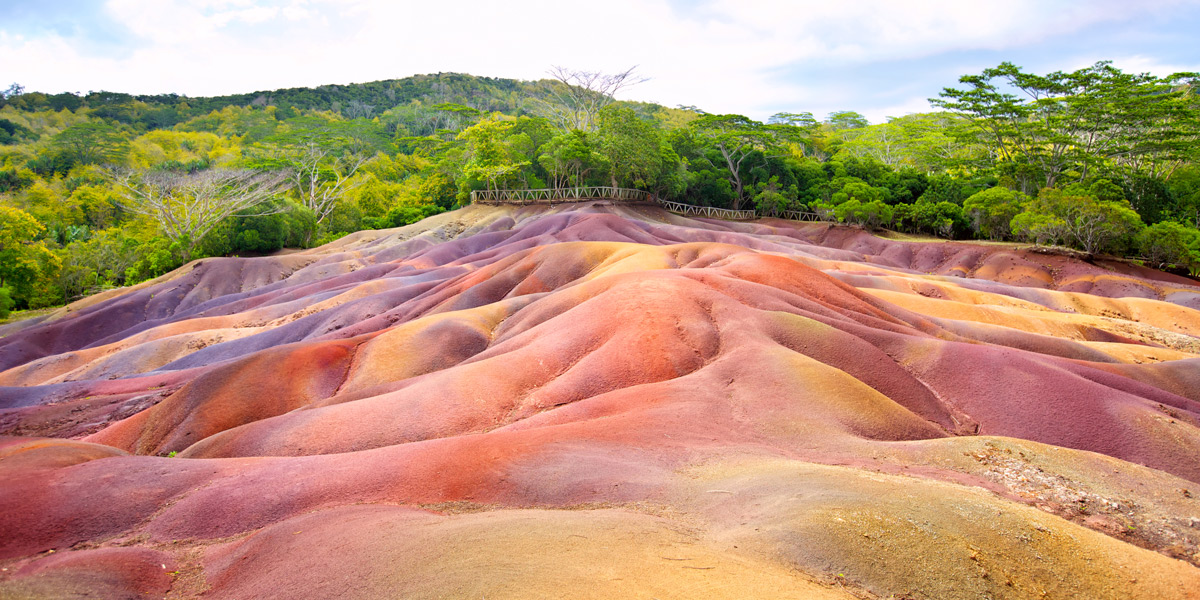 Surrounded by lush forests near the Mauritian village of Chamarel, the Seven Colored Earths are the result of volcanic activity. Amazingly, these sand dunes never seem to erode, despite the region’s heavy rainfall. Even more amazing? The different colors always settle into separate and distinct layers. Now a popular tourist destination, a fence has been erected to protect the dunes. However,  tourists can still view them from a special balcony. 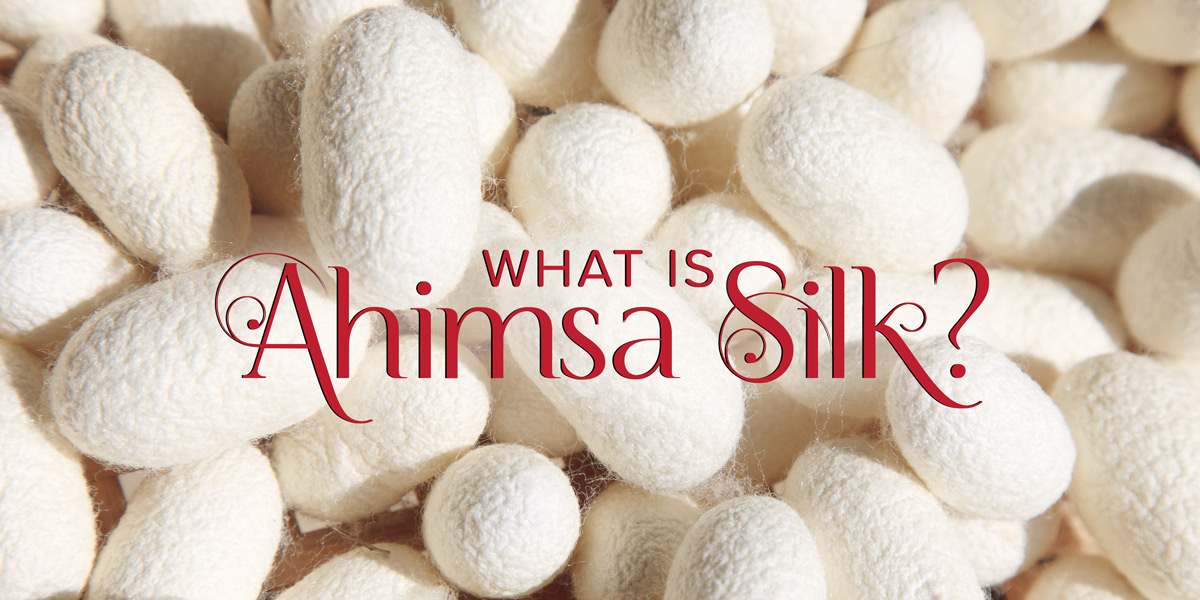 What Is Ahimsa Silk? 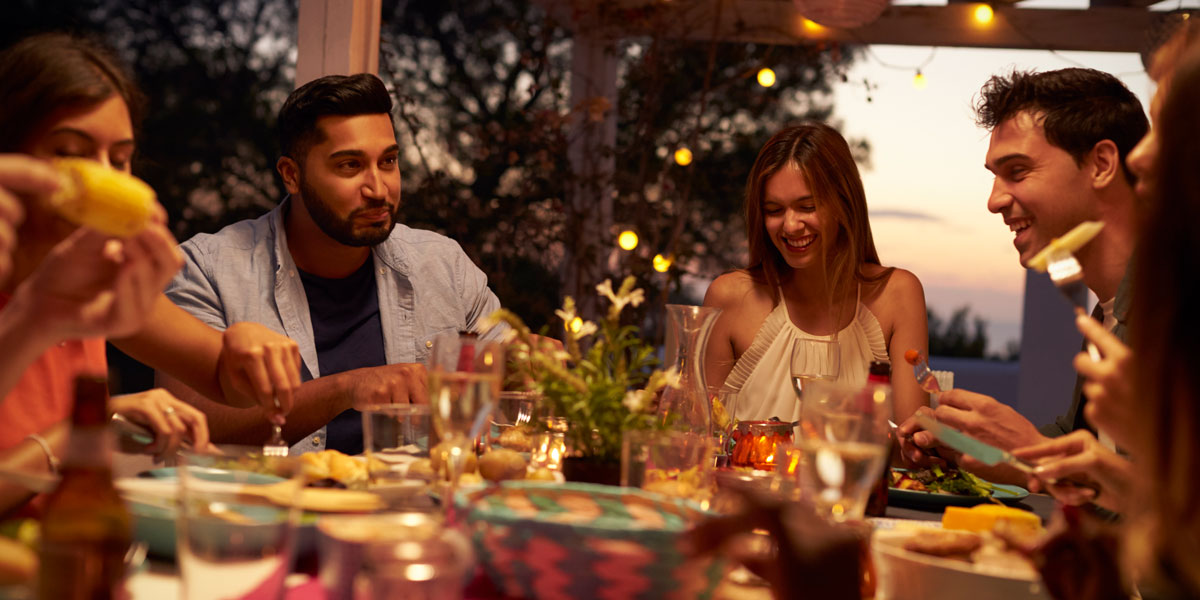 Foreign Words That Don’t Exist In English: The Food Edition