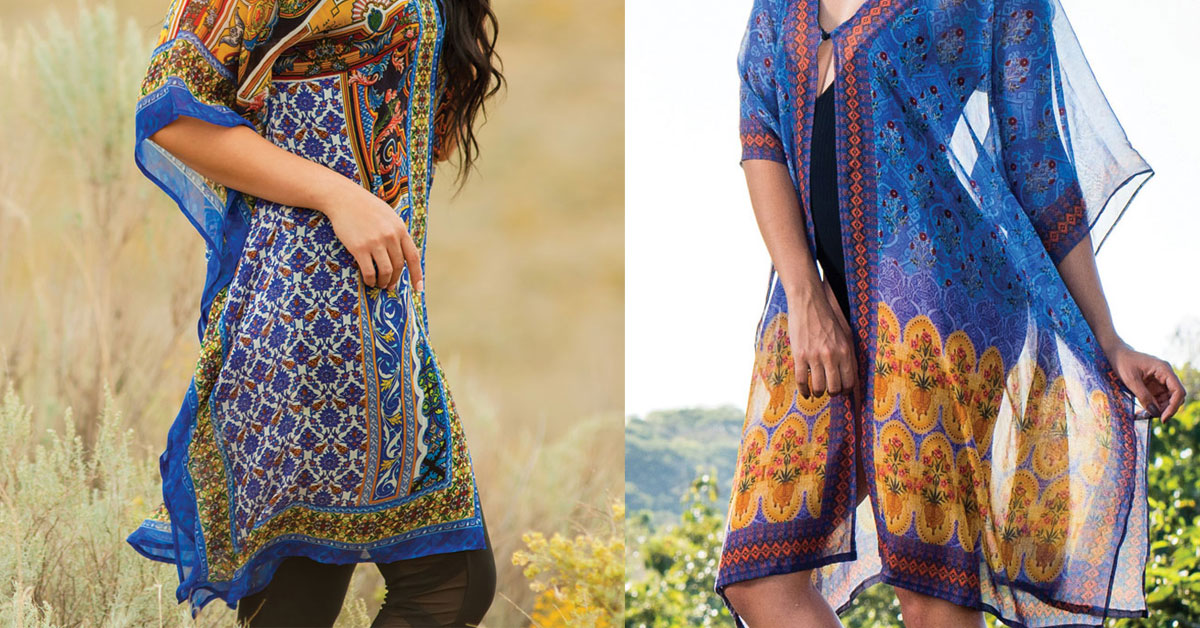 Summer is the time for ice cream, sun, and swimsuits. But if you’ve been paying attention to style trends the past few years, you may have noticed the emergence of another warm-weather staple: the kaftan.

Available in a number of patterns and fabrics, the kaftan is a universally flattering garment that boasts an undeniably bohemian allure. Its amorphously fluid silhouette hides flaws while flowing elegantly with the body’s natural movements, making it easy to wear and a cooling option for balmy days. You can dress it up with jewelry or leave it plain for some serious lounging. It’s versatile, sophisticated, and comfortable. Seriously, is there any reason not to love the kaftan?

The Origins of the Kaftan

Arguably, the kaftan has no single origin. From the Japanese kimono to the West African boubou, similar tunic-like designs have appeared all over the world in a number of different cultures.  However, the specific kaftan styles we know today likely originated in Mesopotamia, which includes present-day Turkey, Syria, and Iraq. From the 12th right up until the early 20th century, Ottoman sultans wore sumptuous kaftans made with expensive fabrics as a way to display their power and rank. In a gesture of political prowess, sultans also gifted fine kaftans to important generals and guests. Kaftans eventually made their way to Morocco and North Africa, where they became a staple garment in traditional dress.

Starting at the turn of the 20th century, Kaftans slowly seeped into Western fashion over the course of several decades. Drawing inspiration from Middle Eastern and North African cultures, early 20th-century designers like Paul Poiret and Mario Fortuny began creating kaftan-like dresses and robes for women. Considered avant-garde and innovative, such garments were a far cry from the form-fitting, corseted styles that had long dominated Western fashion. The new looks didn’t quite stick, but they paved the way for a more liberated style, one that moved away from restrictive garments and embraced baggy, curve-less silhouettes (later embodied by 1920s flappers).

Following the cinched-waist styles of the 1940s and 1950s, kaftans didn’t truly take off in the U.S. until the early 1960s. It was then that stylish Vogue editor, Diana Vreeland, took a trip to Morocco and found herself dazzled by the local kaftans. She began wearing colorful kaftans around the office and wrote in Vogue that they were the “the most becoming fashion ever invented.” By 1966, the magazine had run a number of editorials featuring the piece and prominent designers like Emilio Pucci, Yves Saint Lauren, and Oscar de la Renta were designing their own kaftans for the runways. Meanwhile, the garment was a hit among celebrities (most notably Elizabeth Taylor). Embraced as much by rich socialites as free-loving hippies, kaftans experienced a veritable boon: their bold prints and free-flowing design played well into the era’s “ethnic” trends.

The kaftan’s popularity lasted well into the mid-1970s, after which they started to disappear from runways and were marketed mostly as resort-wear. In the 1980s, the kaftan’s loose silhouette was replaced altogether by more body-conscious fashions like big shoulder pads and spandex.

But in the past decade, we’ve seen yet another resurgence of the kaftan. As recently as 2014, designers like  Stella McCartney, Gucci, and Roberto Cavalli began featuring kaftans and tunic dresses in their collections, while celebrities like Kristina Hendricks extolled their comfort and versatility. To this day, kaftans continue to be a go-to favorite during the warm months, favored for their comfort and chic ease.

From the lustrous houses of sultans all the way to the runway, the kaftan has a rich legacy that makes it more than passing fad. Want to try out the look for yourself? Head to Cultural Elements for a rich collection of kaftans and ponchos. 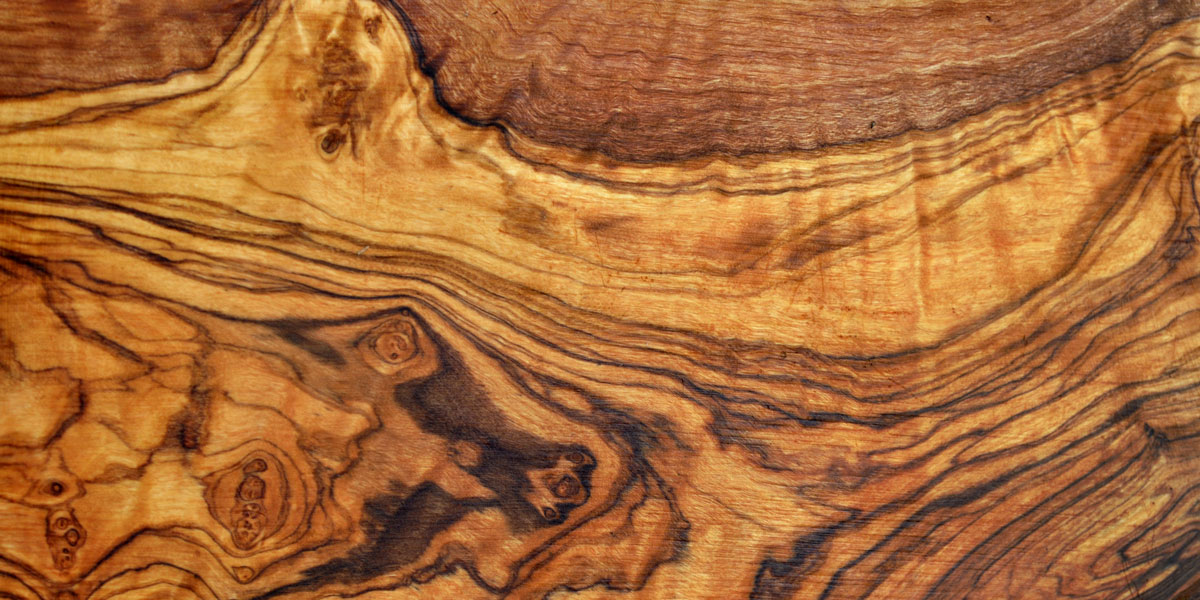 All About Olive Wood 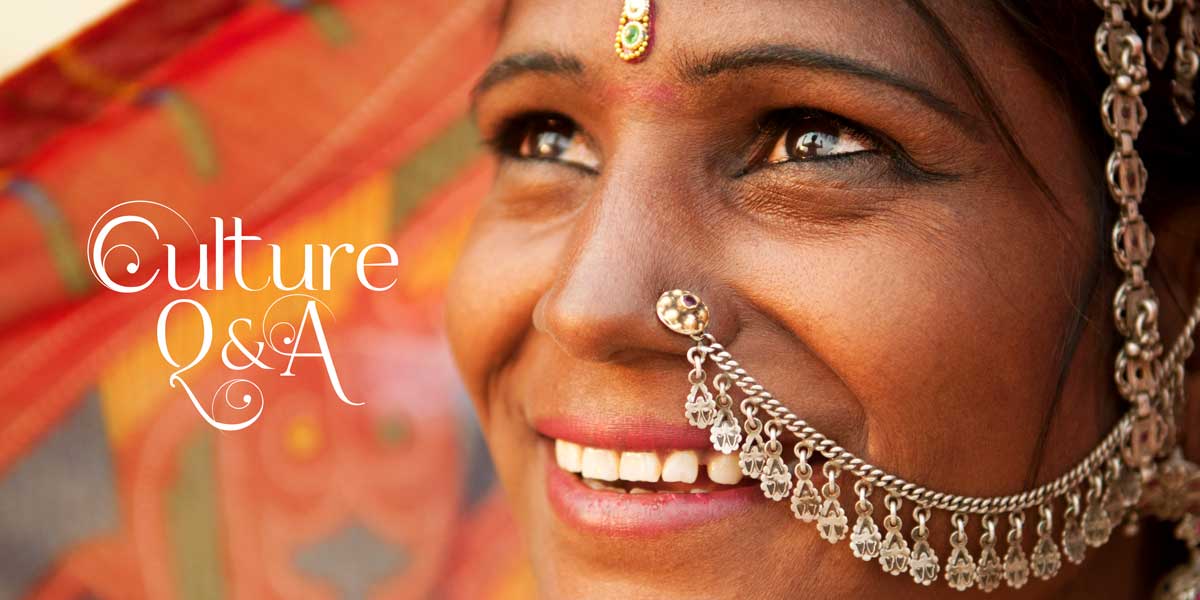