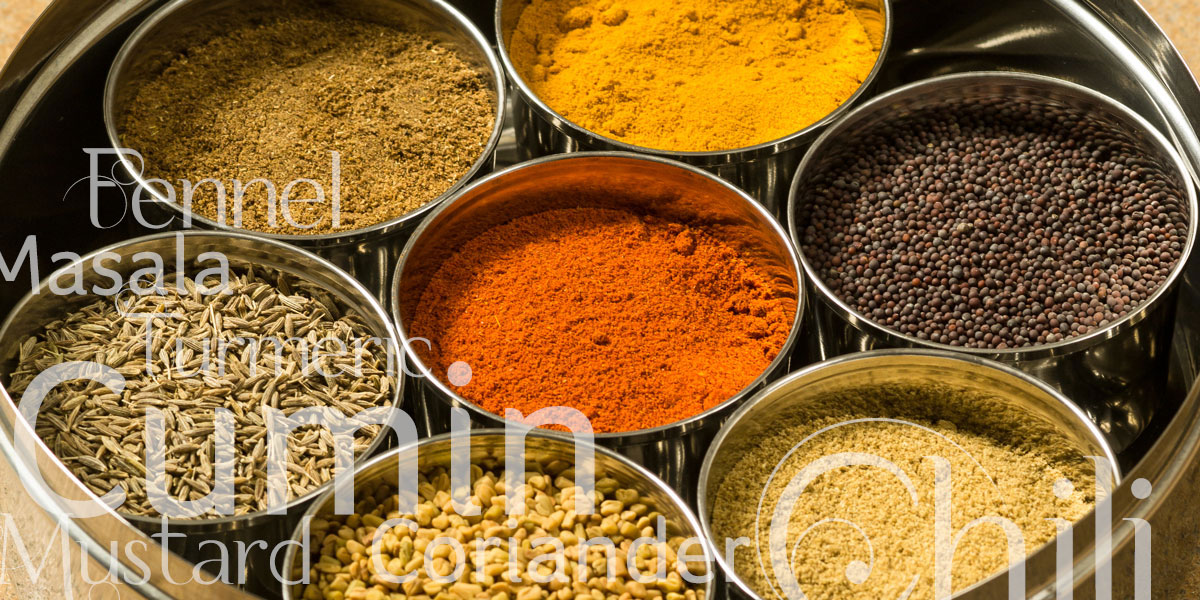 Golden turmeric, red chili, green coriander and more…that’s India in a box for you! ‘Masala’ box, actually, ‘masala’ being the spice mix that gives Indian cuisine its distinctive and varied flavors.

The use of spices in Indian cooking has developed over thousands of years. Some spices are native to the land while others have marched in with invading armies and been absorbed with local crops. Whole spices are used for tempering. Powdered spices, along with onions and tomatoes, help create a base for gravies and semi-dry dishes, and flavor vegetables and meats.  In the process of cooking, spices need to be rapidly sprinkled onto food that’s cooking – it’s this speed factor that makes a ‘masala box’ so handy.

The spice box has been a fixture in Indian homes for hundreds of years, a valued possession gifted to every Indian bride setting up her new home. Traditionally, the masala box was made of wood or brass. Today, you’ll find lighter materials, the most favored being stainless steel, which retains flavors well and is easy to clean.

Inside a round box sit seven or eight small containers, nestling compactly. There’s a close fitted lid to cover them and another lid for the outer box. Curiously, while every region of India has its own specialized cuisine, there’s a common ‘spice thread’ running through them. Barring minor variations, here’s what you’ll find in most masala boxes:

An 8th century Hindu text says “all poisons can be removed from the human body if treated with a paste of turmeric”. Curcuma longa is virtually indispensable in Indian cooking, besides playing a prominent role in Hindu rituals and native medicines. For cooking, the root of the plant is debarked, dried and powdered. Only a pinch of turmeric is used while cooking – for color (rather than flavor) and for its antiseptic, digestive qualities. Combined with other spices like cumin, black pepper and fenugreek, turmeric is a powerful bacteria and pathogen killer.

There are several reasons for its widespread use. Its pungency stimulates the production of saliva. The enzyme amylase thus released helps break down the high starch content of sub continental food. Chili is loaded with Vitamins A and C. It is also popularly associated with passion and fertility!

From the Mediterranean came coriander, valued for its cooling properties. Powdered coriander cuts the sharpness of chili and adds body and taste to the dish it is added to. It helps digestion and absorption of food.

A winner in the popularity stakes, cumin gets featured everywhere – in rice and wheat preparations, meat, veggies, lentil curries and yogurt dips among others. A few seeds sputtered in a teaspoon of hot oil make for an aromatic tempering. Roasted and ground, cumin accompanies other spices in a huge variety of dishes. A quick remedy for indigestion: boil a few cumin seeds in water, cool the mixture and sip this water 3-4 times a day.

A must-have in southern India. Typically, mustard seeds are spluttered in hot oil; the tempering is added to several dishes: gravies, sautéed veggies, chutney, buttermilk and rice dishes. Mustard stimulates the appetite and aids in the production of gastric juices.

Either of these could be the seventh spice, depending on which culinary region we’re talking about. Fennel is included in a five-spice mixture popular in eastern India. Across the subcontinent, you’ll find fennel seeds being served after a main meal, as a digestive and mouth freshener.

Fenugreek, rich in iron and other nutrients gets included in curry powder, pastes, condiments and savory breads. It has cosmetic value as well. Fenugreek-infused oil helps darken hair. Yogurt-and-fenugreek is a natural hair conditioner.

An efficient organizer, a home remedy kit and a beauty arsenal, all rolled into one, that’s the Indian masala box in brief! 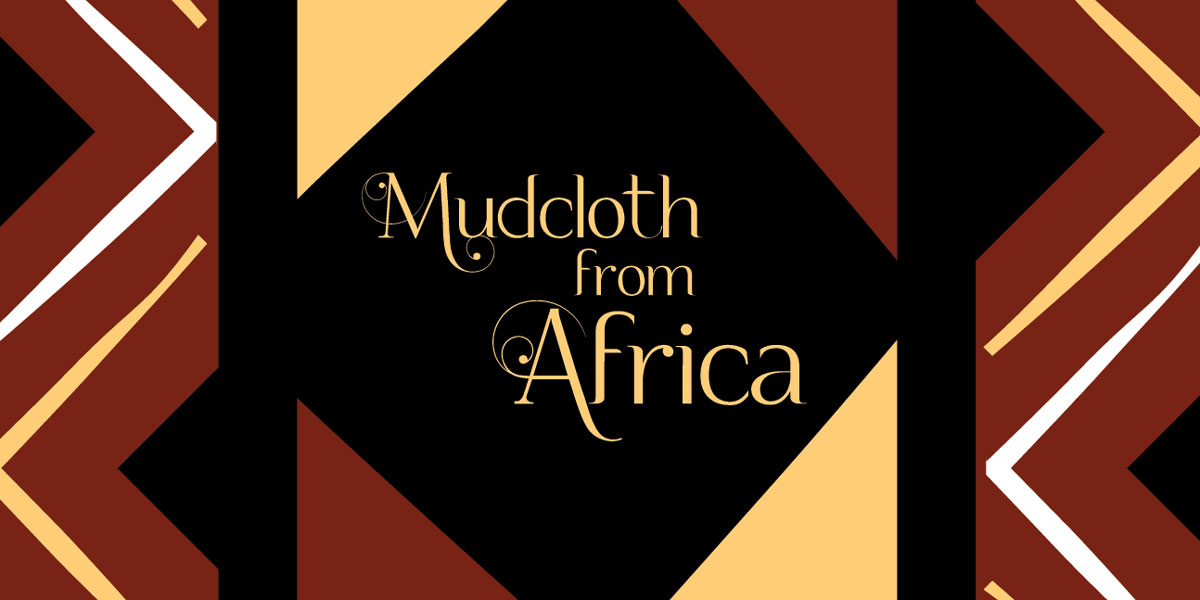 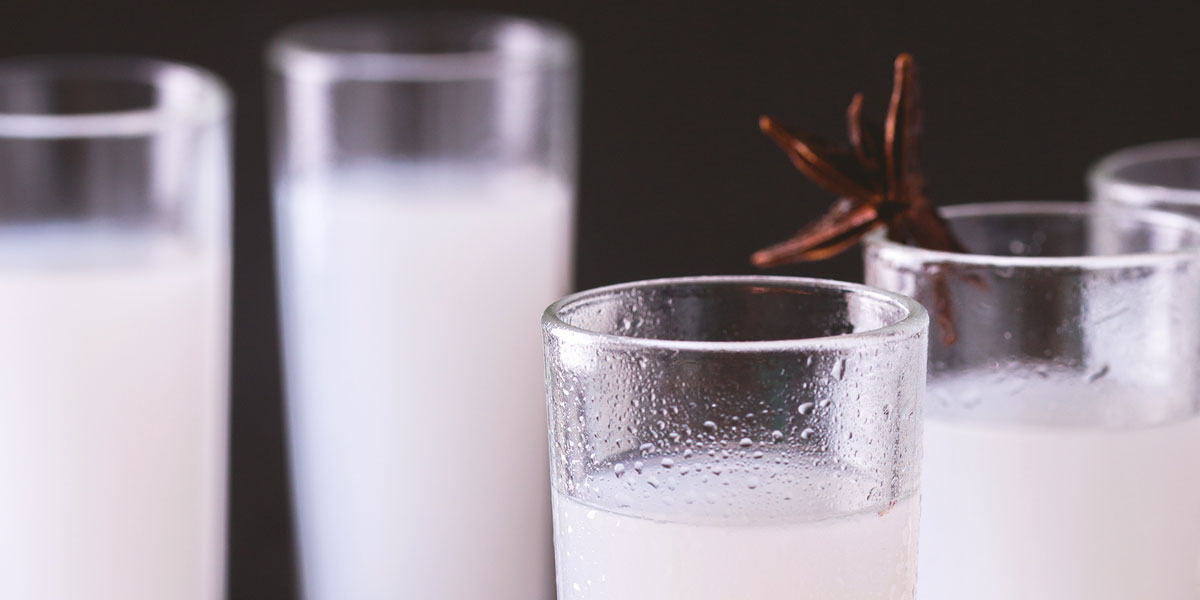 Boozy Drinks From Around the World